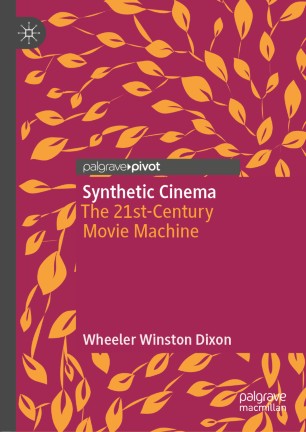 In this book, Wheeler Winston Dixon argues that 21st-century mainstream filmmaking is increasingly and troublingly dominated by "synthetic cinema." He details how movies over the last two decades have fundamentally abandoned traditional filmmaking values through the overwhelming use of computer generated imagery, digital touch ups for the actors, and extensive use of green screen technology that replace sets and location shooting.

Combined with the shift to digital cinematography, as well as the rise of comic book and franchise cinema, the temptation to augment movies with lavish, computer generated spectacle has proven irresistible to both directors and audiences, to the point that, Dixon argues, 21st-century commercial cinema is so far removed from the real world that it has created a new era of flawless, fake movies.

Wheeler Winston Dixon is the James Ryan Professor of Film Studies, Coordinator of the Film Studies Program, and Professor of English at the University of Nebraska, Lincoln, USA. Among his extensive list of books, he is author of three Palgrave Pivot titles: A Brief History of Comic Book Movies (co-authored with Richard Graham, Palgrave, 2017), Hollywood in Crisis or: The Collapse of the Real (Palgrave, 2016), and Dark Humor in Films of the 1960s (Palgrave, 2015).