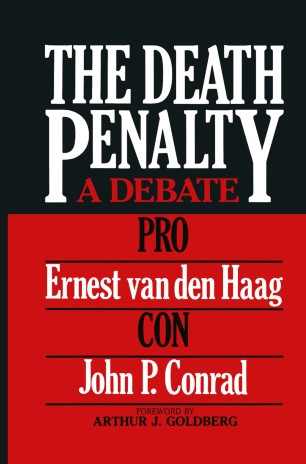 From 1965 until 1980, there was a virtual moratorium on executions for capital offenses in the United States. This was due primarily to protracted legal proceedings challenging the death penalty on constitutional grounds. After much Sturm und Drang, the Supreme Court of the United States, by a divided vote, finally decided that "the death penalty does not invariably violate the Cruel and Unusual Punishment Clause of the Eighth Amendment." The Court's decisions, however, do not moot the controversy about the death penalty or render this excellent book irrelevant. The ball is now in the court of the Legislature and the Executive. Leg­ islatures, federal and state, can impose or abolish the death penalty, within the guidelines prescribed by the Supreme Court. A Chief Executive can commute a death sentence. And even the Supreme Court can change its mind, as it has done on many occasions and did, with respect to various aspects of the death penalty itself, durlog the moratorium period. Also, the people can change their minds. Some time ago, a majority, according to reliable polls, favored abolition. Today, a substantial majority favors imposition of the death penalty. The pendulum can swing again, as it has done in the past.