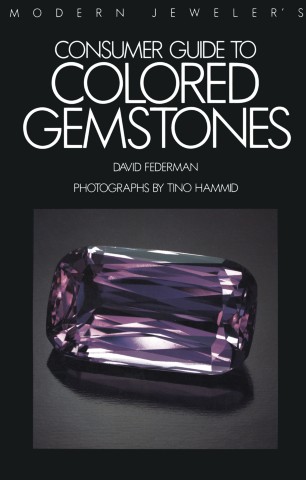 Since early 1989, a gem dealer I've known for years has been calling me every few weeks to brief me on mounting mayhem in Colombia's lucrative emerald market. The troubling gist of these calls is always this: There is a full-fledged turf war going on between that South American country's bustling drug and gem trades for control of its emerald ex­ port business. According to this dealer and several others, anywhere from two to four thousand emerald industry people, mostly miners and deal­ ers, have been murdered since 1980. No doubt the gem sector, itself never gun shy, has retaliated in full and in kind. After all, the two groups have banded together in an intermittent alliance against a common enemy-Communist guerillas-with results the CIA would envy. I mention this bloodshed because of something the gem dealer once said to me: "I bet you never think of what a gem has to go through to get to a jewelry store:' He's right. I tend to think of colored stones as things of beauty, not objects of gruesome power struggles between mining kingpins and drug lords. Can you blame me, or anyone with insider knowledge, if a gem sheds any connection with its past once sculpted by a cutter into the glittering mar­ vel we see in a jeweler's showcase? Like Odysseus listening to the sirens' song, we become victims of an aesthetics-induced amnesia.

Catalog Service for the Web