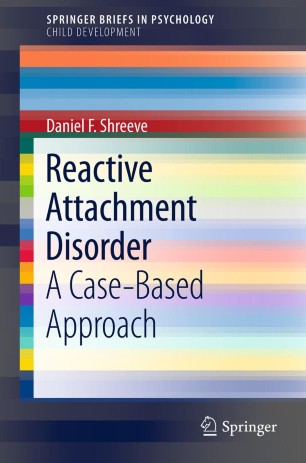 A child’s close bond with mother, father, or guardian usually provides a foundation for trust in all future attachments. Children deprived of early and healthy dependency—who do not form normal attachment with their caregivers—may later suffer from Reactive Attachment Disorder (RAD). This childhood disorder is characterized by a general failure in social relationships resulting from pathogenic care.

Although first included in the third edition of the Diagnostic and Statistical Manual (DSM-III) in 1980, RAD is one of the more uncommon and understudied forms of psychopathology. Reactive Attachment Disorder: A Case-Based Approach adds to a now growing research base, providing scholars and clinicians with a well-rounded analysis of RAD and suggested treatments. The case-based approach used in this Brief follows the representative case of “Jorge,” presented as unfolding over time and structured to illustrate challenges of diagnosis, to show examples of co-morbidity, and to provoke reflection on what questions may arise during treatment. Readers are asked to appraise the overlap with other clinical syndromes, the forms of psychotherapy which may apply, and the potential role of psychiatric medications as part of a comprehensive treatment plan.

Daniel Shreeve grew up in a family of writers, and in a community of laboratory scientists and their families that filled up, and eventually transformed the small Long Island village of Bellport. He recalls a carefree and often barefoot childhood during a period when the fields and forests between home and Great South Bay were accessible and open. His father-a pioneer in nuclear medicine-brought the family to Sweden for a sabbatical, where the author completed high school at Viggbyholmsskolan International School, near Stockholm.

Dr. Shreeve spent his sophomore year abroad at Durham University in England; he graduated Phi Beta Kappa from Washington University in 1971. His doctoral work in ethology included a year of field research at the remote Aleutian island of Adak. As Assistant Professor at Northeast Missouri State University (now Truman University) he taught in his specialty of ethology, but also acquired responsibility for the pre-medical curriculum in histology and other subjects. This in turn inspired the ambition to study medicine, and subsequently the early interest in ethology found application in the subspecialty of child/adolescent psychiatry.

He has served in the U.S. Air Force as Chief of Child/Adolescent Psychiatry at Lackland AFB, and subsequently has provided clinical care in a variety of community and hospital settings. Now that his three sons are grown and independent, he and his wife have moved to Bavaria, Germany where the he provides child/adolescent psychiatric care to U.S. personnel stationed overseas.