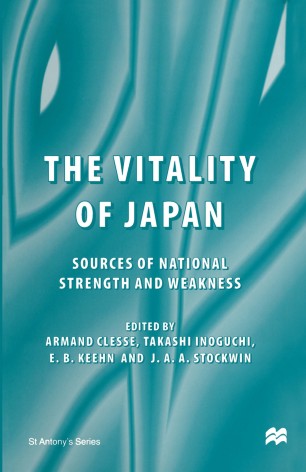 Sources of National Strength and Weakness

In this volume the reader will find interesting forms of analysis on Japan just as it was embarking on potentially the most important changes in its political system since 1955, when the Liberal Democratic Party was created through a merger of Japan's two dominant conservative parties of that era. With the old Cold War verities no longer in place, new challenges arose for the Japanese government and Japanese corporations. The challenges of the 1990s include a protracted domestic economic downturn, and the need to begin redefining Japan's international profile in the face of an increasingly powerful China, an ever more desperate North Korea, and shifts in the shared responsibility built into the US-Japan security treaty.