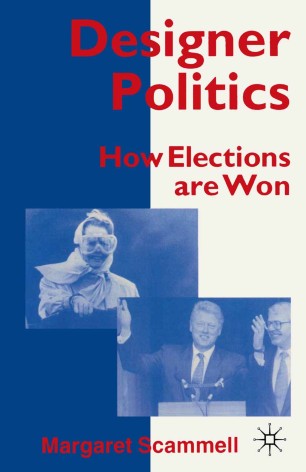 How Elections are Won

This is the first book to offer a serious examination of the phenomenon of political marketing in Britain. It presents an analysis of the increasingly influential role of the image-makers and casts a critical eye over the debate concerning the impact of marketing on political conduct and governance. Its primary focus is party and government communications in the Thatcher era and beyond, up to and including the 1992 general election. It argues that Thatcher, despite her image as the resolute politician, pioneered marketing techniques and concepts which have since become standard practice. Designer Politics looks at the historical engines of growth of commercial salesmanship in politics. It explores how political culture and conduct have been affected by the phenomenon and to what extent politics and policy have been remoulded to fit the marketing process. The author challenges the prevailing pessimism that Britain is hurtling towards American presidential-style campaigns and that marketing necessarily demeans and undermines democracy. While there are inherent dangers, there also comes new potential for a more genuinely popular democracy.

MARGARET SCAMMELL is Lecturer in the School of Politics and Communication Studies at the University of Liverpool. Formerly a freelance journalist, she has published extensively on political advertising, and press and television coverage of election campaigns. She contributed to The British General Election of 1992 by David Butler and Dennis Kavanagh.