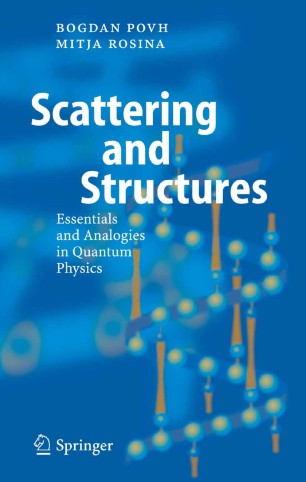 Essentials and Analogies in Quantum Physics

Quantum physics may appear complicated, especially if one forgets the "big picture" and gets lost in the details. However, it can become clearer and less tangled if one applies a few fundamental concepts so that simplified approaches can emerge and estimated orders of magnitude become clear. Povh and Rosina’s "Scattering and Structures" presents the properties of quantum systems (elementary particles, nucleons, atoms, molecules, quantum gases, quantum liquids, stars, and early universe) with the help of elementary concepts and analogies between these seemingly different systems. The original German-language edition of this book was written for students preparing for their final oral examination in physics. By and large, the scope of the book in English has been essentially enlarged and thus will also be of interest for physicists in general.