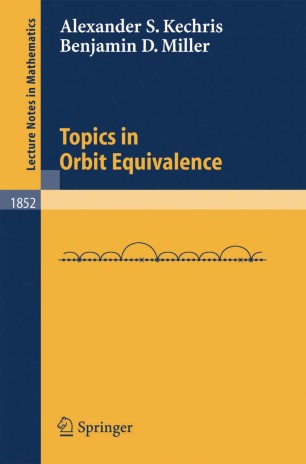 This volume provides a self-contained introduction to some topics in orbit equivalence theory, a branch of ergodic theory. The first two chapters focus on  hyperfiniteness and amenability. Included here are proofs of Dye's theorem that probability measure-preserving, ergodic actions of the integers are orbit equivalent and of the theorem of Connes-Feldman-Weiss identifying amenability and hyperfiniteness for non-singular equivalence relations. The presentation here is often influenced by descriptive set theory, and Borel and generic analogs of various results are discussed. The final chapter is a detailed account of Gaboriau's recent results on the theory of costs for equivalence relations and groups and its applications to proving rigidity theorems for actions of free groups.