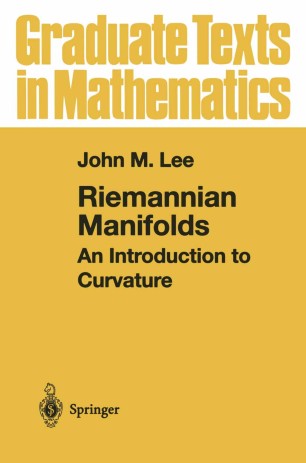 An Introduction to Curvature

This book is designed as a textbook for a one-quarter or one-semester graduate course on Riemannian geometry, for students who are familiar with topological and differentiable manifolds. It focuses on developing an intimate acquaintance with the geometric meaning of curvature. In so doing, it introduces and demonstrates the uses of all the main technical tools needed for a careful study of Riemannian manifolds. The author has selected a set of topics that can reasonably be covered in ten to fifteen weeks, instead of making any attempt to provide an encyclopedic treatment of the subject. The book begins with a careful treatment of the machinery of metrics, connections, and geodesics,without which one cannot claim to be doing Riemannian geometry. It then introduces the Riemann curvature tensor, and quickly moves on to submanifold theory in order to give the curvature tensor a concrete quantitative interpretation. From then on, all efforts are bent toward proving the four most fundamental theorems relating curvature and topology: the Gauss–Bonnet theorem (expressing the total curvature of a surface in term so fits topological type), the Cartan–Hadamard theorem (restricting the topology of manifolds of nonpositive curvature), Bonnet’s theorem (giving analogous restrictions on manifolds of strictly positive curvature), and a special case of the Cartan–Ambrose–Hicks theorem (characterizing manifolds of constant curvature). Many other results and techniques might reasonably claim a place in an introductory Riemannian geometry course, but could not be included due to time constraints.

"This book is very well writen, pleasant to read, with many good illustrations. It deals with the core of the subject, nothing more and nothing less. Simply a recommendation for anyone who wants to teach or learn about the Riemannian geometry."
Nieuw Archief voor Wiskunde, September 2000
Buy options