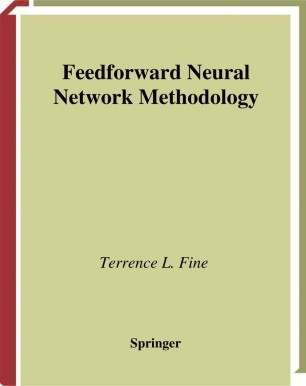 Part of the Information Science and Statistics book series (ISS)

The decade prior to publication has seen an explosive growth in com- tational speed and memory and a rapid enrichment in our understa- ing of arti?cial neural networks. These two factors have cooperated to at last provide systems engineers and statisticians with a working, prac- cal, and successful ability to routinely make accurate complex, nonlinear models of such ill-understood phenomena as physical, economic, social, and information-based time series and signals and of the patterns h- den in high-dimensional data. The models are based closely on the data itself and require only little prior understanding of the stochastic mec- nisms underlying these phenomena. Among these models, the feedforward neural networks, also called multilayer perceptrons, have lent themselves to the design of the widest range of successful forecasters, pattern clas- ?ers, controllers, and sensors. In a number of problems in optical character recognition and medical diagnostics, such systems provide state-of-the-art performance and such performance is also expected in speech recognition applications. The successful application of feedforward neural networks to time series forecasting has been multiply demonstrated and quite visibly so in the formation of market funds in which investment decisions are based largely on neural network–based forecasts of performance. The purpose of this monograph, accomplished by exposing the meth- ology driving these developments, is to enable you to engage in these - plications and, by being brought to several research frontiers, to advance the methodology itself.