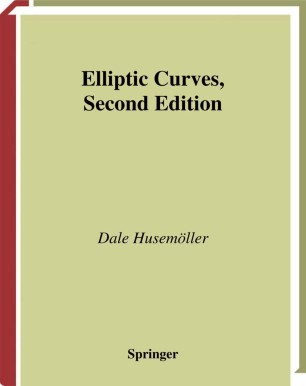 This book is an introduction to the theory of elliptic curves, ranging from elementary topics to current research. The first chapters, which grew out of Tate's Haverford Lectures, cover the arithmetic theory of elliptic curves over the field of rational numbers. This theory is then recast into the powerful and more general language of Galois cohomology and descent theory. An analytic section of the book includes such topics as elliptic functions, theta functions, and modular functions. Next, the book discusses the theory of elliptic curves over finite and local fields and provides a survey of results in the global arithmetic theory, especially those related to the conjecture of Birch and Swinnerton-Dyer.

About the First Edition:

"All in all the book is well written, and can serve as basis for a student seminar on the subject."