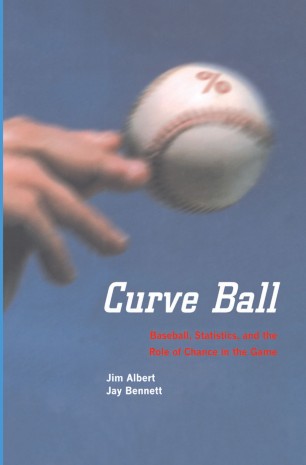 Baseball, Statistics, and the Role of Chance in the Game

In its formative years, from the 1970s through the 1990s, sabermetrics was p- marily an amateur undertaking. Publications were aimed at a relatively small audience of baseball fans. To be sure, this ever-growing group of aficionados brought a lot of sophistication to baseball analysis, and were constantly looking for statistical insights beyond the listings of the top ten batters found in popular newspapers and magazines. But their influence on the baseball profession was very limited. A few consultants like Craig Wright developed temporary relati- ships with various teams, but none were able to stay long enough to create a p- manent sabermetrician staff position. (See Rob Neyer’s November 11, 2002, arti- 1 cle on ESPN. com. ) All of this changed, however, in 2002 with the hiring of Bill James by the Boston Red Sox. With that move, we have seen the admittance of the foremost proponent of sabermetrics into the top echelon of professional ba- ball management. The art and science of careful statistical analysis, it now seems, had made it into the big leagues. Since the publication of the first edition of Curve Ball in 2001, we have been overwhelmed by the positive responses from readers and critics. We’re pleased with the reception, of course, but we don’t want to rest on our laurels. Like a pitcher refining his repertoire, we’ve revised, expanded, and updated the book for its publication in this paperback edition. Several readers and critics took us 1 http://espn. go. com/mlb/columns/neyer_rob/1456664.