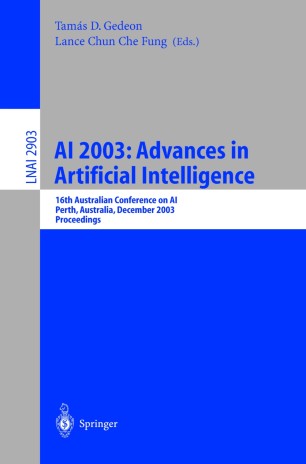 Consider the problem of a robot (algorithm, learning mechanism) moving along the real line attempting to locate a particular point ? . To assist the me- anism, we assume that it can communicate with an Environment (“Oracle”) which guides it with information regarding the direction in which it should go. If the Environment is deterministic the problem is the “Deterministic Point - cation Problem” which has been studied rather thoroughly [1]. In its pioneering version [1] the problem was presented in the setting that the Environment could charge the robot a cost which was proportional to the distance it was from the point sought for. The question of having multiple communicating robots locate a point on the line has also been studied [1, 2]. In the stochastic version of this problem, we consider the scenario when the learning mechanism attempts to locate a point in an interval with stochastic (i. e. , possibly erroneous) instead of deterministic responses from the environment. Thus when it should really be moving to the “right” it may be advised to move to the “left” and vice versa. Apart from the problem being of importance in its own right, the stoch- tic pointlocationproblemalsohas potentialapplications insolvingoptimization problems. Inmanyoptimizationsolutions–forexampleinimageprocessing,p- tern recognition and neural computing [5, 9, 11, 12, 14, 16, 19], the algorithm worksits wayfromits currentsolutionto the optimalsolutionbasedoninfor- tion that it currentlyhas. A crucialquestionis oneof determining the parameter whichtheoptimizationalgorithmshoulduse.