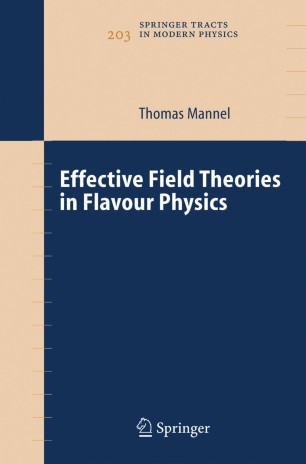 The book constitutes a compact review of the applications of effective field theory methods in flavour physics, with emphasis on heavy quark physics. Some of the relevant applications are discussed to illustrate the method.

Finally the standard model itself is viewed as an effective theory, allowing a model-independent look at the results of the new physics. The book should be useful for the advanced graduate student as well as for scientists who are interested in the theoretical toolkit used in the context of flavour physics. It is not meant as a complete review of the subject, rather it should be useful as an introduction to the basic ideas.