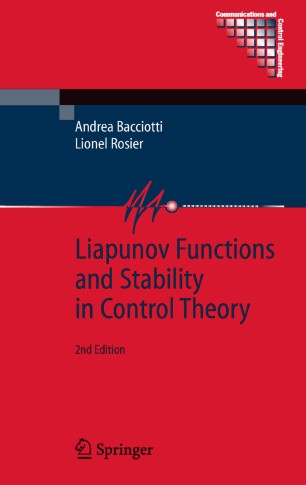 This book presents a modern and self-contained treatment of the Liapunov method for stability analysis, in the framework of mathematical nonlinear control theory. A Particular focus is on the problem of the existence of Liapunov functions (converse Liapunov theorems) and their regularity, whose interest is especially motivated by applications to automatic control. Many recent results in this area have been collected and presented in a systematic way. Some of them are given in extended, unified versions and with new, simpler proofs. In the 2nd edition of this successful book several new sections were added and old sections have been improved, e.g about the Zubovs method, Liapunov functions for discontinuous systems and cascaded systems. Many new examples, explanations and figures were added making this book accessible and well readable for engineers as well as mathematicians.