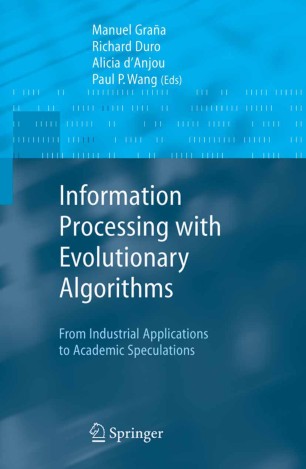 From Industrial Applications to Academic Speculations

The last decade of the 20th century has witnessed a surge of interest in num- ical, computation-intensive approaches to information processing. The lines that draw the boundaries among statistics, optimization, arti cial intelligence and information processing are disappearing, and it is not uncommon to nd well-founded and sophisticated mathematical approaches in application - mains traditionally associated with ad-hoc programming. Heuristics has - come a branch of optimization and statistics. Clustering is applied to analyze soft data and to provide fast indexing in the World Wide Web. Non-trivial matrix algebra is at the heart of the last advances in computer vision. The breakthrough impulse was, apparently, due to the rise of the interest in arti cial neural networks, after its rediscovery in the late 1980s. Disguised as ANN, numerical and statistical methods made an appearance in the - formation processing scene, and others followed. A key component in many intelligent computational processing is the search for an optimal value of some function. Sometimes, this function is not evident and it must be made explicit in order to formulate the problem as an optimization problem. The search - ten takes place in high-dimensional spaces that can be either discrete, or c- tinuous or mixed. The shape of the high-dimensional surface that corresponds to the optimized function is usually very complex. Evolutionary algorithms are increasingly being applied to information processing applications that require any kind of optimization.