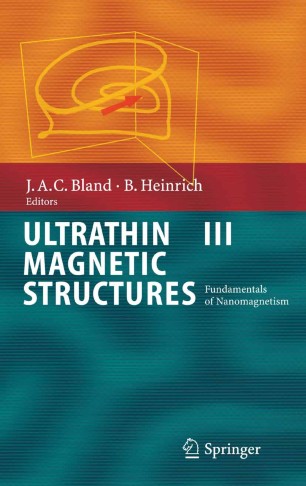 The ability to understand and control the unique properties of interfaces has created an entirely new field of magnetism which already has a profound impact in technology and is providing the basis for a revolution in electronics. The last decade has seen dramatic progress in the development of magnetic devices for information technology but also in the basic understanding of the physics of magnetic nanostructures. This volume describes thin film magnetic properties and methods for characterising thin film structure topics that underpin the present 'spintronics' revolution in which devices are based on combined magnetic materials and semiconductors. Volume IV deals with the fundamentals of spintronics: magnetoelectronic materials, spin injection and detection, micromagnetics and the development of magnetic random access memory based on GMR and tunnel junction devices. Together these books provide readers with a comprehensive account of an exciting and rapidly developing field. The treatment is designed to be accessible both to newcomers and to experts already working in this field who would like to get a better understanding of this very diversified area of research.