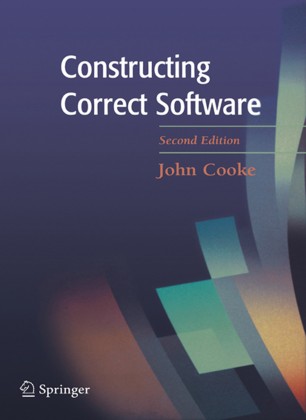 Central to Formal Methods is the so-called Correctness Theorem which relates a specification to its correct Implementations. This theorem is the goal of traditional program testing and, more recently, of program verification (in which the theorem must be proved). Proofs are difficult, though even with the use of powerful theorem provers. This volume explains and illustrates an alternative method, which allows the construction of (necessarily correct) algorithms from a specification using algebraic transformations and refinement techniques which prevent the introduction of errors. Based on teaching material used extensively at Loughborough University, John Cooke introduces the basics, using simple examples and lots of detailed working (which can often be re-used).

Constructing Correct Software will provide invaluable reading for students and practitioners of Computer Science and Software Engineering to whom correctness of software is of prime importance.