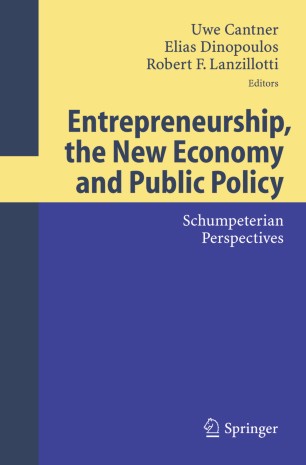 Silicon Valley is the most salient example of high-tech industrial clusters. Public policymakersthroughouttheworldwouldliketolearnthesecretsofSiliconValley in order to build their own high-tech economies. The existing literature on ind- trial clusters, which traces back to Marshall (1920), focuses on the way in which ?rms bene?t from locating in a cluster; it suggests that once a cluster comes into existence, it tends to reinforce itself by attracting more ?rms. However, a more important question is how to reach this critical mass in the ?rst place. In contrast to the literature, evidence suggests that entrepreneurs rarely move when they est- lish high-tech start-ups (Cooper and Folta, 2000). This contradicts the notion that location choice analyses lead entrepreneurs to a high-tech cluster. A high-tech industrial cluster such as Silicon Valley is characterized by c- centratedentrepreneurship. FollowingSchumpeter,weemphasizethefactthat“the appearance of one or a few entrepreneurs facilitates the appearance of others” (Schumpeter,1934). Weproposeanagent-basedcomputationalmodeltoshowhow high-tech industrial clusters could emerge in a landscape in which no ?rms existed originally. The model is essentially a spatial version of the Nelson-Winter model: Boundedly rational agents are scattered over an explicitly de?ned landscape. Each agent is endowed with some technology, which determines his ?rm’s productivity (if he has one). During each period of time, an agent with no ?rm would make a decision as to whether he wants to start one. This decision is mostly affected by the behavior of his social contacts, who are all his neighbors.