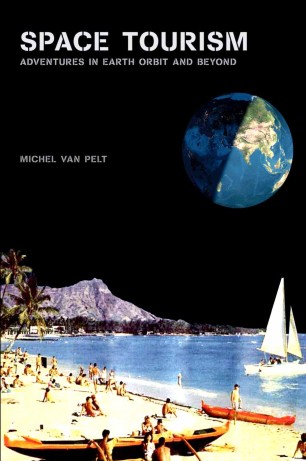 Adventures in Earth Orbit and Beyond

Many scientific papers and popular articles have been written on the topic of space tourism, describing everything from expected market sizes to the rules of 3-dimensional microgravity football. But what would it actually feel like to be a tourist in space, to be hurled into orbit on top of a controlled explosion, to float around in a spacecraft, and to be able to look down on your hometown from above the atmosphere?

Space tourism is not science fiction anymore, Michel van Pelt tells us, but merely a logical step in the evolution of space flight. Space is about to be opened up to more and more people, and the drive behind this is one of the most powerful economic forces: tourism. Van Pelt describes what recreational space travel might look like, and explains the required space technology, the medical issues, astronaut training, and the possibilities of holidays to destinations far, far away.

This is a book for everyone who has ever dreamed of traveling to space: a dream which, according to van Pelt, may not be so far from becoming a reality.