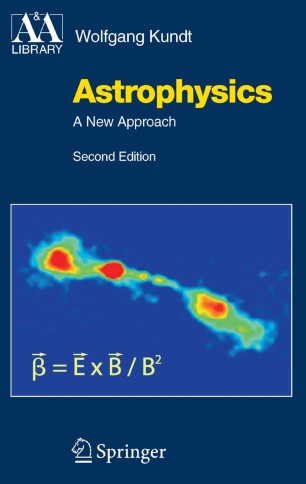 For a quantitative understanding of the physics of the universe - from the solar system through the milky way to clusters of galaxies all the way to cosmology - these edited lecture notes are perhaps among the most concise and also among the most critical ones: Astrophysics has not yet stood the redundancy test of laboratory physics, hence should be wary of early interpretations. Special chapters are devoted to magnetic and radiation processes, supernovae, disks, black-hole candidacy, bipolar flows, cosmic rays, gamma-ray bursts, image distortions, and special sources. At the same time, planet earth is viewed as the arena for life, with plants and animals having evolved to homo sapiens during cosmic time. -- This text is unique in covering the basic qualitative and quantitative tools, formulae as well as numbers, needed for the precise interpretation of frontline phenomena in astrophysical research. The author compares mainstream interpretations with new and even controversial ones he wishes to emphasize.

The second edition includes numerous updates throughout the book and, in addition, it contains a list of alternative explanations to astrophysical findings that can be seen as a serious testing ground for young scientists.