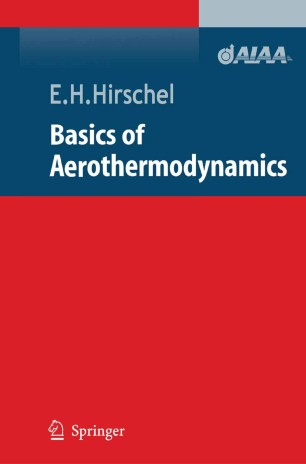 This book gives an introduction to the basics of aerothermodynamics, as applied in particular to winged re-entry vehicles and airbreathing cruise and acceleration vehicles. Beginning with a broad vehicle classification and a discussion of the flight environment, Basics of Aero-thermodynamics focuses on flight in the earth's atmosphere at speeds below approximately 8.0 km/s at altitudes below approximately 100.0 km.

At such flight conditions the outer surfaces of hypersonic flight vehicles primarily are radiation cooled. This is taken into account by an introduction to the problem of the thermal state of the surface, and especially to the phenomena connected with surface radiation cooling. These are themes, which reappear throughout the remaining chapters. The implications of radiation cooling are different for the different vehicle classes. In any case the properties of both attached viscous and separating flows as well as thermo-chemical effects at and near the vehicle surface need to be considered.

After a review of the issues of transport of momentum, energy and mass, real-gas effects as well as inviscid and viscous flow phenomena are treated. In view of their special importance for airbreathing hypersonic flight vehicles and for the discrete numerical methods of aerothermodynamics, considerable discussion is devoted to the issues of laminar-turbulent transition and turbulence, which follows a treatment of strong-interaction phenomena. Finally, simulation techniques for aerothermodynamics are considered, including computational methods and their modelling problems, as well as the problems of ground facility and in-flight simulation, including the hot experimental technique. The implications of Oswatitsch's Mach number independence principle are also treated.

The book is for graduate students, doctoral students, design and development engineers, but also for technical managers. The reader should be familiar with the basics of fluid mechanics, aerodynamics, and thermodynamics.

"The book has the merit to cover in a reasonable volume a wide range of topics which are the basics of aerothermodynamics. … For teaching and self-study purposes, problems are given at the end of many chapters. … the author has much experience in teaching. The result is a valuable book that is recommended to people technically interested in the field of high-speed flows, including graduate or doctoral students and engineers." (Jean Cousteix, SIAM Reviews, Vol. 47 (4), 2005)