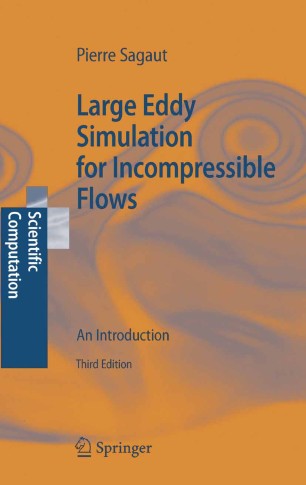 The first and most exhaustive work of its kind devoted entirely to the subject, Large Eddy Simulation presents a comprehensive account and a unified view of this young but very rich discipline. LES is the only efficient technique for approaching high Reynolds numbers when simulating industrial, natural or experimental configurations. The author concentrates on incompressible fluids and chooses his topics in treating with care both the mathematical ideas and their applications. The book addresses researchers as well as graduate students and engineers. The second edition was a greatly enriched version motivated both by the increasing theoretical interest in LES and the increasing number of applications. Two entirely new chapters were devoted to the coupling of LES with multiresolution multidomain techniques and to the new hybrid approaches that relate the LES procedures to the classical statistical methods based on the Reynolds-Averaged Navier-Stokes equations.

This 3rd edition adds various sections to the text such as a careful error analysis of filtered density function models and multiscale models. It also contains two new chapters dealing with the mathematical representations of LES and the prediction of active and passive scalar dynamics, which are of considerable interest for engineering and geophysical modeling. The part on geophysical flow has much to offer on a critical current issue.

To quote from the foreword to the third edition written by Charles Meneveau: "... this meticulously assembled and significantly enlarged description of the many aspects of LES will be a most welcome addition to the bookshelves of scientists and engineers in fluid mechanics, LES practitioners, and students of turbulence in general."