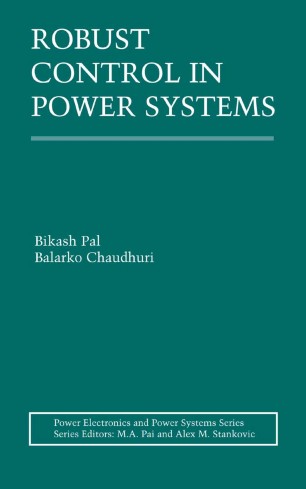 Robust Control in Power Systems deals with the applications of new techniques in linear system theory to control low frequency oscillations in power systems. The book specifically focuses on the analysis and damping of inter-area oscillations in the systems which are in the range of 0.2-1 Hz. The damping control action is injected through high power electronic devices known as flexible AC transmission system (FACTS) controllers. Three commonly used FACTS controllers: controllable series capacitors (CSCs) controllable phase shifters (CPSs) and static var compensators (SVCs) have been used in this book to control the inter-area oscillations.

The overview of linear system theory from the perspective of power system control is explained through examples. The damping control design is formulated as norm optimization problem. The H_infinity, H2 norm of properly defined transfer functions are minimized in linear matrix inequalities (LMI) framework to obtain desired performance and stability robustness. Both centralized and decentralized control structures are used.

Usually the transmission of feedback signal from a remote location encounters delays making it difficult to control the system. Smith predictor based approach has been successfully explored in this book as a solution to such a problem.

Robust Control in Power Systems will be valuable to academicians in the areas of power, control and system theory, as well as professionals in the power industry.