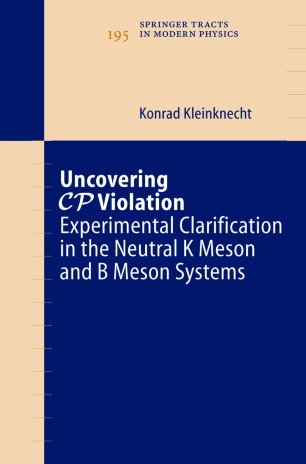 Experimental Clarification in the Neutral K Meson and B Meson Systems

Uncovering CP Violation deals with one of the crucial ingredients necessary to create the observed matter-antimatter asymmetry of the universe. There is one force in nature which acts differently on matter and antimatter. This phenomenon was discovered in decays of neutral K mesons in 1964. In a long series of ever refined experiments between 1964 and 2001, it was shown that this force emerges as a part of the weak interaction between quarks ("direct CP violation"). It is due to flavor mixing of three quark families. This picture was confirmed by experiments on neutral B mesons, which also demonstrated CP violation in 2001. The book describes the experiments that uncovered the nature of CP violation and the phenomenology describing CP violation.