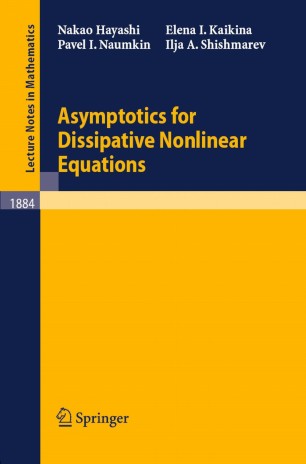 Many of problems of the natural sciences lead to nonlinear partial differential equations. However, only a few of them have succeeded in being solved explicitly. Therefore different methods of qualitative analysis such as the asymptotic methods play a very important role. This is the first book in the world literature giving a systematic development of a general asymptotic theory for nonlinear partial differential equations with dissipation. Many typical well-known equations are considered as examples, such as: nonlinear heat equation, KdVB equation, nonlinear damped wave equation, Landau-Ginzburg equation, Sobolev type equations, systems of equations of Boussinesq, Navier-Stokes and others.