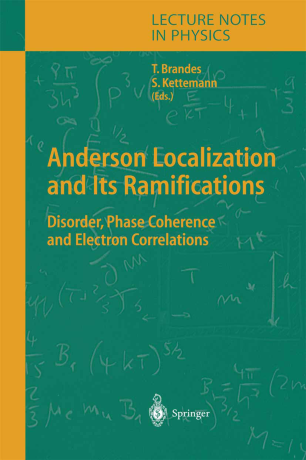 Anderson Localization and Its Ramifications

The phenomenon of localization of the electronic wave function in a random medium can be regarded as the key manifestation of quantum coherence in a condensed matter system. As one of the most remarkable phenomena in condensed matter physics discovered in the 20th century, the localization problem is an indispensable part of the theory of the quantum Hall effects and rivals superconductivity in its significance as a manifestation of quantum coherence at a macroscopic scale. The present volume, written by some of the leading experts in the field, is intended to highlight some of the recent progress in the field of localization, with particular emphasis on the effect of interactions on quantum coherence. The chapters are written in textbook style and should serve as a reliable and thorough introduction for advanced students or researchers already working in the field of mesoscopic physics.