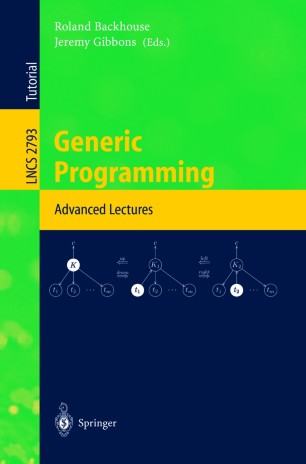 Generic programming attempts to make programming more efficient by making it more general. This book is devoted to a novel form of genericity in programs, based on parameterizing programs by the structure of the data they manipulate.

The book presents the following four revised and extended chapters first given as lectures at the Generic Programming Summer School held at the University of Oxford, UK in August 2002: