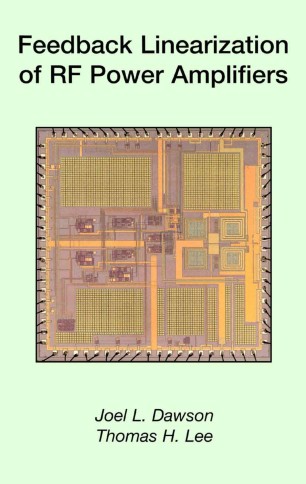 Improving the performance of the power amplifier is the most pressing problem facing designers of modern radio-frequency (RF) transceivers. Linearity and power efficiency of the transmit path are of utmost importance, and the power amplifier has proven to be the bottleneck for both. High linearity enables transmission at the highest data rates for a given channel bandwidth, and power efficiency prolongs battery lifetime in portable units and reduces heat dissipation in high-power transmitters. Cartesian feedback is a power amplifier linearization technique that acts to soften the tradeoff between power efficiency and linearity in power amplifiers. Despite its compelling, fundamental advantages, the technique has not enjoyed widespread acceptance because of certain implementation difficulties.
Feedback Linearization of RF Power Amplifiers introduces new techniques for overcoming the challenges faced by the designer of a Cartesian feedback system. The theory of the new techniques are described and analyzed in detail. The book culminates with the results of the first known fully integrated Cartesian feedback power amplifier system, whose design was enabled by the techniques described.
Feedback Linearization of RF Power Amplifiers is a valuable reference work for engineers in the telecommunications industry, industry researchers, academic researchers.