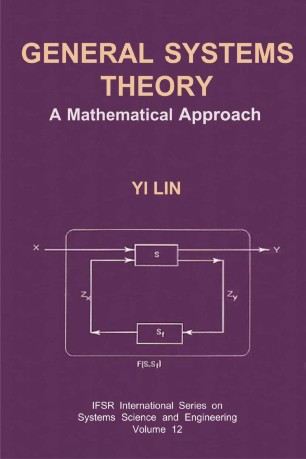 As suggested by the title of this book, I will present a collection of coherently related applications and a theoretical development of a general systems theory. Hopefully, this book will invite all readers to sample an exciting and challenging (even fun!) piece of interdisciplinary research, that has characterized the scientific and technological achievements of the twentieth century. And, I hope that many of them will be motivated to do additional reading and to contribute to topics along the lines described in the following pages. Since the applications in this volume range through many scientific disciplines, from sociology to atomic physics, from Einstein’s relativity theory to Dirac’s quan tum mechanics, from optimization theory to unreasonable effectiveness of mathe matics to foundations of mathematical modeling, from general systems theory to Schwartz’s distributions, special care has been given to write each application in a language appropriate to that field. That is, mathematical symbols and abstractions are used at different levels so that readers in various fields will find it possible to read. Also, because of the wide range of applications, each chapter has been written so that, in general, there is no need to reference a different chapter in order to understand a specific application. At the same time, if a reader has the desire to go through the entire book without skipping any chapter, it is strongly suggested to refer back to Chapters 2 and 3 as often as possible.