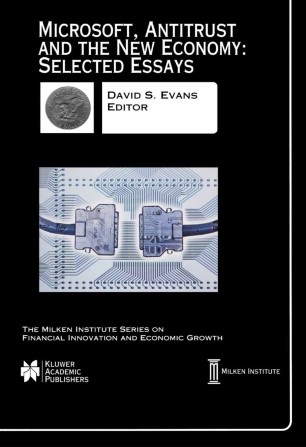 No antitrust case in recent history has attracted as much public attention as U.S v. Microsoft Corp. Nor has any antitrust case in memory raised as many complex, substantive issues of law, economics and public policy. Microsoft, Antitrust and the New Economy: Selected Essays constitutes an early effort to analyze some of the central issues and to put the case in the context of the ongoing debate over the role of government in managing markets - especially in technology driven New Economy industries.
All of these essays, it should be noted, are written by critics of the government's efforts to regulate Microsoft. Indeed, many are by individuals who were closely involved in the company's legal defense and served as consultants to Microsoft. But their work should be judged on the merits rather than their provenance. For all represent serious scholarship by researchers committed to advancing the debate over government regulatory policies.