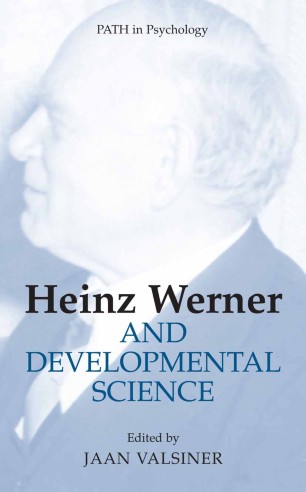 Heinz Werner (1890-1964) was one of the three key developmental psychologists of the 20th century – along with Jean Piaget and Lev Vygotsky. This book is a new exploration of Werner’s ideas and their social contexts – in Vienna in his student years, in Hamburg up to 1933, followed by the years of transit as an immigrant to America at times of economic depression, finally culminating in his establishment of the prominent "Clark tradition" in American psychology in the 1950s. The book offers an in-depth analysis of Werner’s ideas as they were originally formulated in Vienna and Hamburg, and how they were changed by North American influences. Werner’s pivotal role between European and American intellectual traditions is illuminated through the use of rich memories of his former students, unique documents from Werner’s personal library at Clark, and analyses of links with other European traditions in philosophy and biological sciences. The European period (prior to 1933) in Werner’s academic life is found to be definitive for Werner’s contributions to science. The ideas developed in his early career continued in the form of a productive empirical research program in the 1950s at Clark. An analysis of the social-intellectual climate of the development of psychology in America in the 1950s is a special feature of this book that will further enhance an understanding of Werner’s unique contribution

This book will be of interest to developmental psychologists, sociologists and historians of science, philosophers, practitioners working in special education and neuropsychology, and for general readers interested in the history of ideas and life courses of scientists.