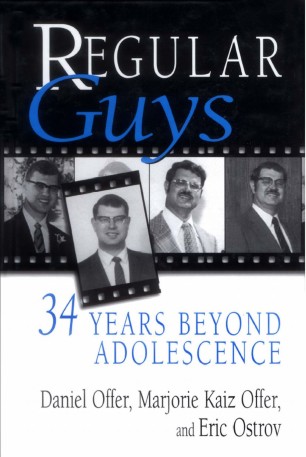 As a group, normal middle-aged men tend to fly well below the radar screen of public scrutiny. They are neither deviants nor superheroes. Rarely the subject of movies or newspaper headlines, regular guys aren’t fabulously wealthy, nor are their ambitions circumscribed. They contribute to society, raise their children, and respect other people. Nevertheless, these regular guys have experienced their share of adversity and emotional challenges—such a divorce, death, illness, and loss of jobs—but reflect a continuing core of emotional stability.

Regular Guys follows 67 well-adjusted mostly white males, who were initially chosen during the 1960s, to test theories of normal adolescent functioning. They were reinterviewed at age 48 to examine male functioning at middle age. This unique, 34-year study contrasts the critical period of adolescent development, which has been culturally characterized by stress and turmoil, with the relative stability of middle age. It addresses such issues as:

- Attitudes and behaviors concerning work, sex, religion, and self.

- Coping and resilience in response to trauma.

- Memories of their teenage years.

The authors’ findings are likely to be of considerable interest and use to clinicians and academics alike. In addition, the results provide a baseline as to what, by contrast, reflects psychopathology. Regular Guys provides a much-needed portrait of individuals rarely studied across several decades of time.

Daniel Offer is the author of 14 books, over 200 scientific articles, and the Offer Self Image Questionnaire, a psychological test for teenagers. Editor of the Journal of Youth and Adolescence.