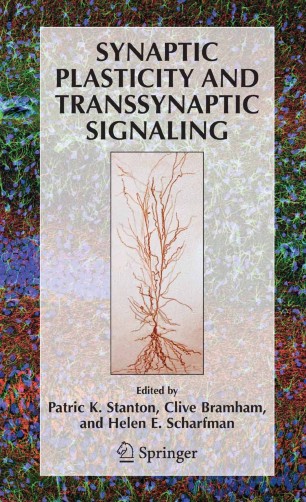 Brain functions are realized by the activity of neuronal networks composed of a huge number of neurons. The efficiency of information transfer within the networks is changeable. Even the networks themselves can change through experience. Information transfer between neurons is performed at the synapse (the site of the neurons’ contact) by release of neurotransmitters from the pre-synaptic cell and capture of neurotransmitters by the post-synaptic cell. The amount of released neurotransmitter or the efficacy of capture can change. Moreover, synapses are found to be newly formed upon activity or abandoned upon inactivity. These changes are called "synaptic plasticity".

This text focuses on one component of synaptic plasticity called transsynaptic signaling, or communication of synapses during their formation.