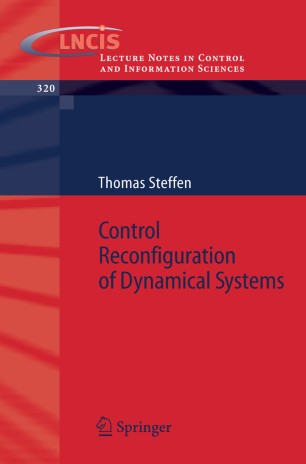 Reconfiguration is an approach for fault-tolerant control. The idea is to change the control structure in response to the fault. If a sensor signal is lost, the relevant state of the plant has to be observed instead of being measured directly. The book extends this idea to actuator faults: if an actuator gets stuck, another actuator can be used to control the same state, and to close the control loop again. This approach is called {}``virtual actuator'', and it is studied in detail in the first half of the book.

The book addresses advanced engineering students, developers and researchers that have a specific interest in control reconfiguration. A good understanding of multi-variable dynamic systems is helpful, but the second part is accessible even without this.