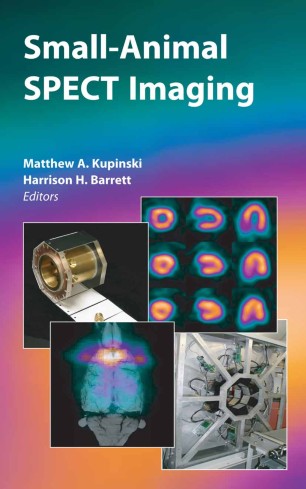 Small-Animal SPECT Imaging offers a comprehensive overview of the cutting edge imaging tool that can aid in drug development, drug research, molecular imaging, and imaging science. It represents contributions of the world's leading researchers in small-animal SPECT imaging, providing coverage from the basic physics of SPECT imaging to animal studies. Important integrated sections on animal handling, image quality assessment, and reconstruction algorithms are included, allowing its audience to design and run their own studies.

Harrison H. Barrett is a Regents Professor of Radiology and Optical Sciences at the University of Arizona in Tucson, Arizona. Professor Barrett joined the University of Arizona in 1974, is the former editor of the Journal of the Optical Society of America A, and is the recipient of the IEEE Medical Imaging Scientist Award in 2000. He is the coauthor of two books on image science.