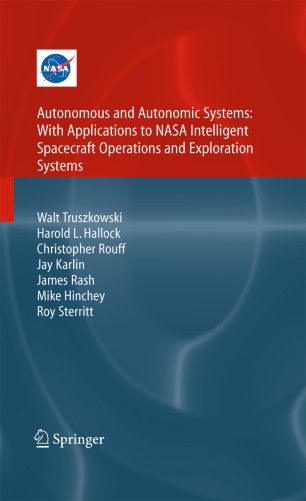 With Applications to NASA Intelligent Spacecraft Operations and Exploration Systems

Technologies enabling autonomous and autonomic behaviors of spacecraft have steadily progressed, but, as argued in this book, need to be extended much farther to enable success of the most advanced un-crewed space-mission concepts in the future.

This book describes these technologies and their relevance not only for NASA space missions that have flown, but also for advanced future mission concepts. Early parts of the book present general background information on space missions that have flown, including mission design and operations, followed by descriptions of future mission concepts, all in relation to autonomy and autonomic capabilities.

Readers will find chapters on flight and ground software and evolution of flight and ground autonomy, as well as chapters on technologies for developing autonomic systems, agent-based autonomy, cooperative autonomy, constellation missions, and swarm missions. One appendix covers spacecraft attitude and orbit determination and control, and a second appendix describes operational scenarios supported by agent interactions.

No specialized background is needed to absorb the material in this book. The material is relevant to students in aerospace science or engineering, and is a useful source of supplementary material for more advanced engineering courses.