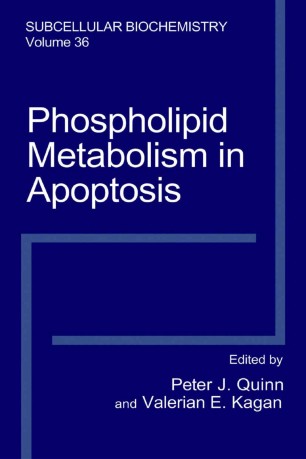 The last few years have witnessed an explosion of both interest and knowledge about apoptosis, the process by which a cell actively commits suicide. The number of publications on the topic has increased from nothing in the early 1980s to more than 10,000 papers annually today. It is now well recognized that apoptosis is essential in many aspects of normal development and is required for maintaining tissue homeostasis. The idea that life requires death seems somewhat paradoxical, but cell suicide is essential for an animal to survive. For example, without selective destruction of “non-self” T cells, an animal would lack immunity. Similarly, meaningful neural connections in the brain are whittled from a mass of cells. Further, developmental cell remodeling during tissue maturation involves programmed cell death as the major mechanism for functional and structural safe transition of undifferentiated cells to more specialized counterparts. Apoptosis research, with roots in biochemistry, developmental and cell biology, genetics, and immunology, embraces this long-ignored natural law. Failure to properly regulate apoptosis can have catastrophic consequences. Cancer and many diseases (AIDS, Alzheimer’s disease, Parkinson’s disease, heart attack, stroke, etc. ) are thought to arise from deregulation of apoptosis. As apoptosis emerges as a key biological regulatory mechanism, it has become harder and harder to keep up with new developments in this field.