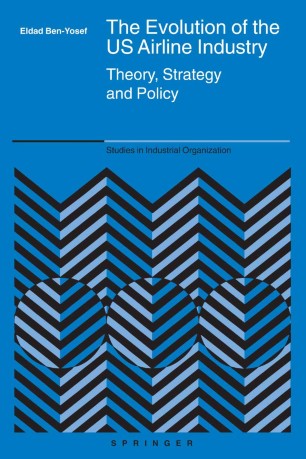 The Evolution of the US Airline Industry

For over three decades the airline industry has continued to maintain a high profile in the public mind and in public policy interest. This high profile is probably not surprising. There does seem to be something inherently newsworthy about airplanes and the people and companies that fly them. The industry was one of the first major industries in the United States to undergo deregulation, in 1978. It thereby transitioned from a closely regulated sector (the former Civil Aeronautics Board tightly controlled everyt thing from prices to routes to entry) to one that is largely market oriented. The incumbent carriers transformed themselves from the point-to-point operators that the CAB had required to the hub-and-spokes structures that took better advantage of their network characteristics. Further, they transformed their pricing from the quite simple structures that the CAB had required to the highly differentiated/segmented pricing structures (“yield management”) that reached an apogee in the late 1990s. Some ca arriers, like American, Delta, and United, were better at this transition; others, like Pan American, TWA, and Eastern, were not. What the incumbent carriers did not do, however, was deal with their costly wage and work rules structures, which were an enduring legacy of their regulatory period. This legacy, when combined with the high-fare end of the yield-management pricing structure, has made them vulnerable to entry by new carriers with lower cost structures.

President and owner of