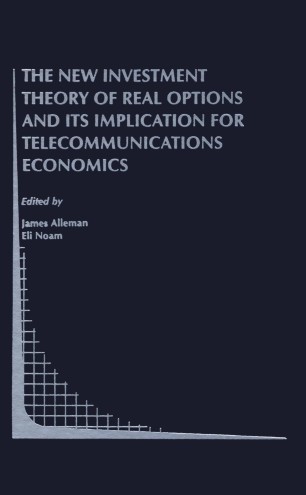 Part of the Topics in Regulatory Economics and Policy book series (TREP, volume 34)

Randall B, Lowe Piper & Marbury, L.L.R The issue of costing and pricing in the telecommunications industry has been hotly debated for the last twenty years. Indeed, we are still wrestling today over the cost of the local exchange for access by interexchange and competitive local ex­ change carriers, as well as for universal service funding. The U.S. telecommunications world was a simple one before the emergence of competition, comprising only AT&T and independent local exchange carriers. Costs were allocated between intrastate and interstate jurisdictions and then again, between intrastate local and toll. The Bell System then divided those costs among itself (using a process referred to as the division of revenues) and independents (using a process called settlements). Tolls subsidized local calls to keep the politi­ cians happy, and the firm, as a whole, covered its costs and made a fair return. State regulators, however, lacked the wherewithal to audit this process. Their con­ cerns centered generally on whether local rates, irrespective of costs, were at a po­ litically acceptable level. Although federal regulators were better able to determine the reasonableness of the process and the resulting costs, they adopted an approach of "continuous surveillance" where, like the state regulator, the appearance of rea­ sonableness was what mattered. With the advent of competition, this historical costing predicate had to change. The Bell System, as well as the independents, were suddenly held accountable.