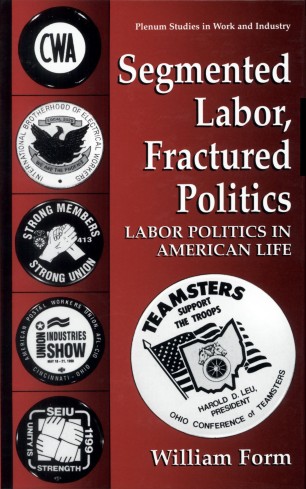 My curiosity and concern about the working class in America stems from childhood memories of my father, a cabinetmaker, and of my oldest brother, an autoworker, who were passionately involved in the labor movement. Perhaps because they so wanted the working class to achieve greater social and economic justice and because they insisted it was not happening, I became curious to know the reasons why. Without even being aware of it, I began to explore a possible explanation—the internal diver­ sity of the working class. In my studies of autoworkers (the prototype proletarians) in the United States, Italy, Argentina, and India, I discovered that they seemed to be more divided economically, socially, and politically in the more eco­ nomically advanced countries—an idea that ran contrary to the evolution­ ary predictions of my Marxist friends. When I reported this in Blue-Collar Stratification (1976), I was surprised that some of them who were commit­ ted to an ideology of working-class solidarity attacked the hypothesis because it ran against their convictions.

`Offers the most wide-ranging and comprehensive sociological account of contemporary labor politics to appear in the last two decades... will be read and appreciated by students of labor and politics and... men and women who now preside over the American labor movement.'
Contemporary Sociology

`Well-researched and well-written volume... This insightful analysis of unions and politics is highly recommended for students and scholars in sociology, political science, labor history, and industrial relations.'
Choice
Buy options