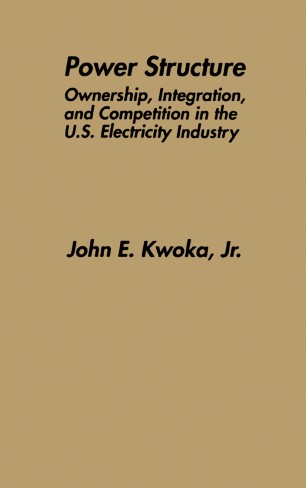 Ownership, Integration, and Competition in the U.S. Electricity Industry

Power Structure examines the effects on economic performance of several key features of the U.S. electric power industry. Paramount among these are public versus private ownership, vertical integration versus deintegration, and retail competition versus monopoly distribution. Each of these, as well as other structural characteristics of utilities and their markets, are analyzed for their effects on costs and price.
These issues are important for a number of reasons. The U.S. electric power industry is presently embarking on a fundamental restructuring in terms of integration and competition. In other countries, privatization of state-owned enterprises is being viewed as the answer to unsatisfactory performance. From a longer perspective, the question of the relative performance of publicly owned versus privately owned utilities in the U.S. has never been resolved. And despite much speculation there is little reliable evidence as to the importance of either vertical integration or competition.