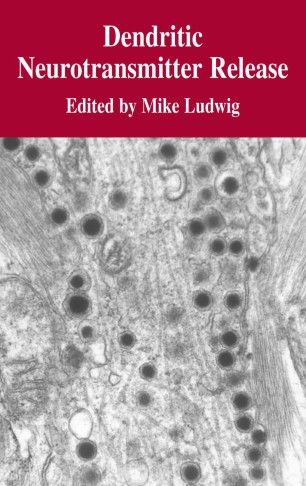 The transmission of the nervous impulse is always from the dendritic branches and the cell body to the axon or functional process. Every neuron, then, possesses a receptor apparatus, the body and the dendritic prolongations, an apparatus of emission, the axon, and the apparatus of distribution, the terminal arborization of the nerve fibers. I designated the foregoing principle: the theory of dynamic polarization (Cajal 1923). Ever since the beautiful drawings from Golgi and Cajal, we have been familiar with the organisation of neurones into dendritic, somatic and axonal compartments. Cajal proposed that these cellular compartments were specialised, resulting in his concept of ^dynamic polarisation'. He considered dendrites to be passive elements that simply transferred information from inputs to the soma. Since the discovery that dendrites of many neural populations release neuroactive substances and in doing so, alter neuronal output, it is now apparent that this theory requires qualification. This book presents recent developments in the neurophysiology of dendritic release of several chemical classes of transmitters in a number of different areas of the mammalian central nervous system. Once released from a neuron, these substances can act as neurotransmitters and/or neuromodulators, to autoregulate the original neuron, its synaptic inputs, and adjacent cells or, by volume transmission, to affect distant cells. In some systems, dendritic transmitter release is part independent of secretion from axon terminal signifying a selective control of the dendritic compartment.