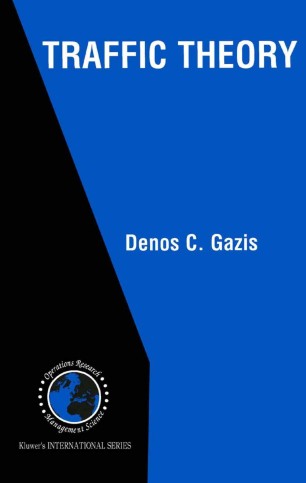 “Everything should be made as simple as possible—but not simpler” Albert Einstein Traffic Theory, like all other sciences, aims at understanding and improving a physical phenomenon. The phenomenon addressed by Traffic Theory is, of course, automobile traffic, and the problems associated with it such as traffic congestion. But what causes congestion? Some time in the 1970s, Doxiades coined the term "oikomenopolis" (and "oikistics") to describe the world as man's living space. In Doxiades' terms, persons are associated with a living space around them, which describes the range that they can cover through personal presence. In the days of old, when the movement of people was limited to walking, an individual oikomenopolis did not intersect many others. The automobile changed all that. The term "range of good" was also coined to describe the maximal distance a person can and is willing to go in order to do something useful or buy something. Traffic congestion is caused by the intersection of a multitude of such "ranges of good" of many people exercising their range utilisation at the same time. Urban structures containing desirable structures contribute to this intersection of "ranges of good". xii Preface In a biblical mood, I opened a 1970 paper entitled "Traffic Control -- From Hand Signals to Computers" with the sentence: "In the beginning there was the Ford".