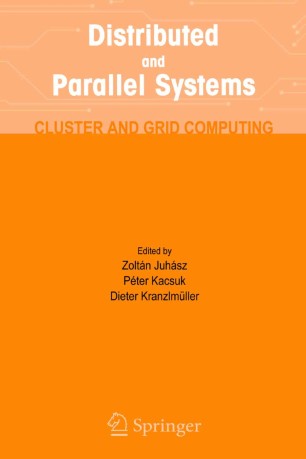 Part of the The International Series in Engineering and Computer Science book series (SECS, volume 777)

DAPSY (Austrian-Hungarian Workshop on Distributed and Parallel Systems) is an international conference series with biannual events dedicated to all aspects of distributed and parallel computing. DAPSY started under a different name in 1992 (Sopron, Hungary) as regional meeting of Austrian and Hungarian researchers focusing on transputer-related parallel computing; a hot research topic of that time. A second workshop followed in 1994 (Budapest, Hungary). As transputers became history, the scope of the workshop widened to include parallel and distributed systems in general and the 1st DAPSYS in 1996 (Miskolc, Hungary) reflected the results of these changes.

Distributed and Parallel Systems: Cluster and Grid Computing is designed for a professional audience, composed of researchers and practitioners in industry. This book is also suitable for graduate-level students in computer science.