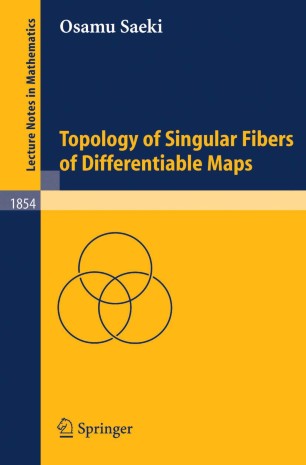 The volume develops a thorough theory of singular fibers of generic differentiable maps. This is the first work that establishes the foundational framework of the global study of singular differentiable maps of negative codimension from the viewpoint of differential topology. The book contains not only a general theory, but also some explicit examples together with a number of very concrete applications.

This is a very interesting subject in differential topology, since it shows a beautiful interplay between the usual theory of singularities of differentiable maps and the geometric topology of manifolds.

The author received his Ph.D. from the University of Tokyo in 1992. He has taught at Yamagata University, Hiroshima University, and is currently a Professor at Kyushu University, Japan.

"The book is a systematic summary of the author’s research done in the past decade … . The book is undoubtedly a milestone in global singularity theory of smooth maps of negative codimension: a very promising research topic. This clearly written and nicely illustrated volume is suitable for anybody in the field from graduate students to researchers." (Richárd Rimányi, Zentralblatt MATH, Vol. 1072, 2005)