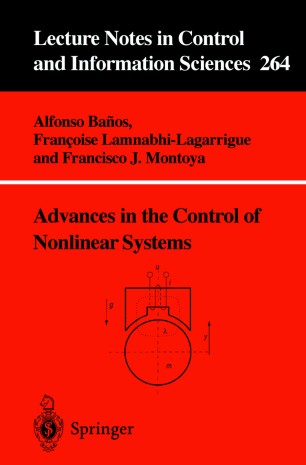 Advances in the control of nonlinear systems

This volume is based on the course notes of the 2nd NCN Pedagogical School, the second in the series of Pedagogical Schools in the frame work of the European TMR project, "Breakthrough in the control of nonlinear systems (Nonlinear Control Network)". The school consists of four courses that have been chosen to give a broad range of techniques for the analysis and synthesis of nonlinear control systems, and have been developed by leading experts in the field. The topics covered are: Differential Algebraic Methods in Nonlinear Systems; Nonlinear QFT; Hybrid Systems; Physics in Control.
The book has a pedagogical character, and is specially directed to postgraduates in most areas of engineering and applied sciences like mathematics and physics. It will also be of interest to researchers and practitioners needing a solid introduction to the above topics.