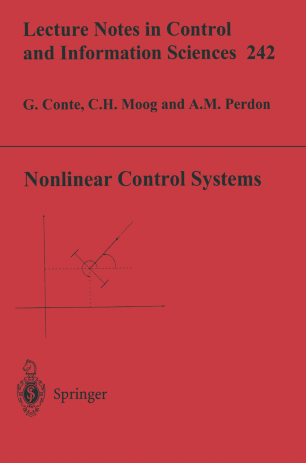 This book provides a unique and alternative approach to the study of nonlinear control systems, with applications. The approach presented is based on the use of algebraic methods which are intrinsically linear, rather than differential geometric methods, which are more commonly found in other reference works on the subject. This allows the exposition to remain simple from a mathematical point of view, and accessible for everyone who has a good understanding of linear control theory. The book is divided into the following three parts: Part 1 is devoted to mathematical preliminaries and to the development of tools and methods for system analysis. Part 2 is concerned with solving specific control problems, including disturbance decoupling, non-interactive control, model matching and feedback linearization problems. Part 3 introduces differential algebraic notions and discusses their applications to nonlinear control and system theory. With numerous examples used to illustrate theoretical results, this self-contained and comprehensive volume will be of interest to all those who have a good basic knowledge of standard linear control systems.