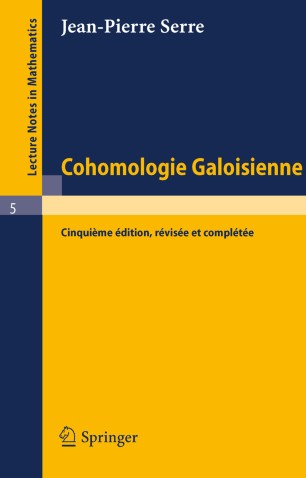 "This book surveys an elegant new subject which has developed out of the cohomological treatment of class field theory by E. Artin and J. Tate. The bulk of the early contributions were by Tate, and we are greatly indebted to the author for publishing them in his very lucid style. Many others have made impressive discoveries in the field science. [...] An Appendix by J.-L. Verier covers duality in profinite groups."
M. Greenberg in Mathematical Reviews, 1966

The current edition includes a survey (mostly without proofs) of the main results obtained in the 30 years following original publication. It also incorporates newer material, e.g. two "résumés de cours" at the Collège de France (1990 - 1991 and 1991 - 1992), and an updated bibliography.