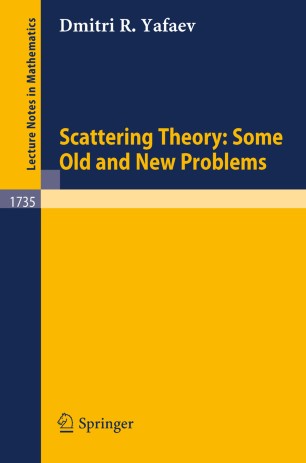 Scattering theory is, roughly speaking, perturbation theory of self-adjoint operators on the (absolutely) continuous spectrum. It has its origin in mathematical problems of quantum mechanics and is intimately related to the theory of partial differential equations. Some recently solved problems, such as asymptotic completeness for the Schrödinger operator with long-range and multiparticle potentials, as well as open problems, are discussed. Potentials for which asymptotic completeness is violated are also constructed. This corresponds to a new class of asymptotic solutions of the time-dependent Schrödinger equation. Special attention is paid to the properties of the scattering matrix, which is the main observable of the theory. The book is addressed to readers interested in a deeper study of the subject.